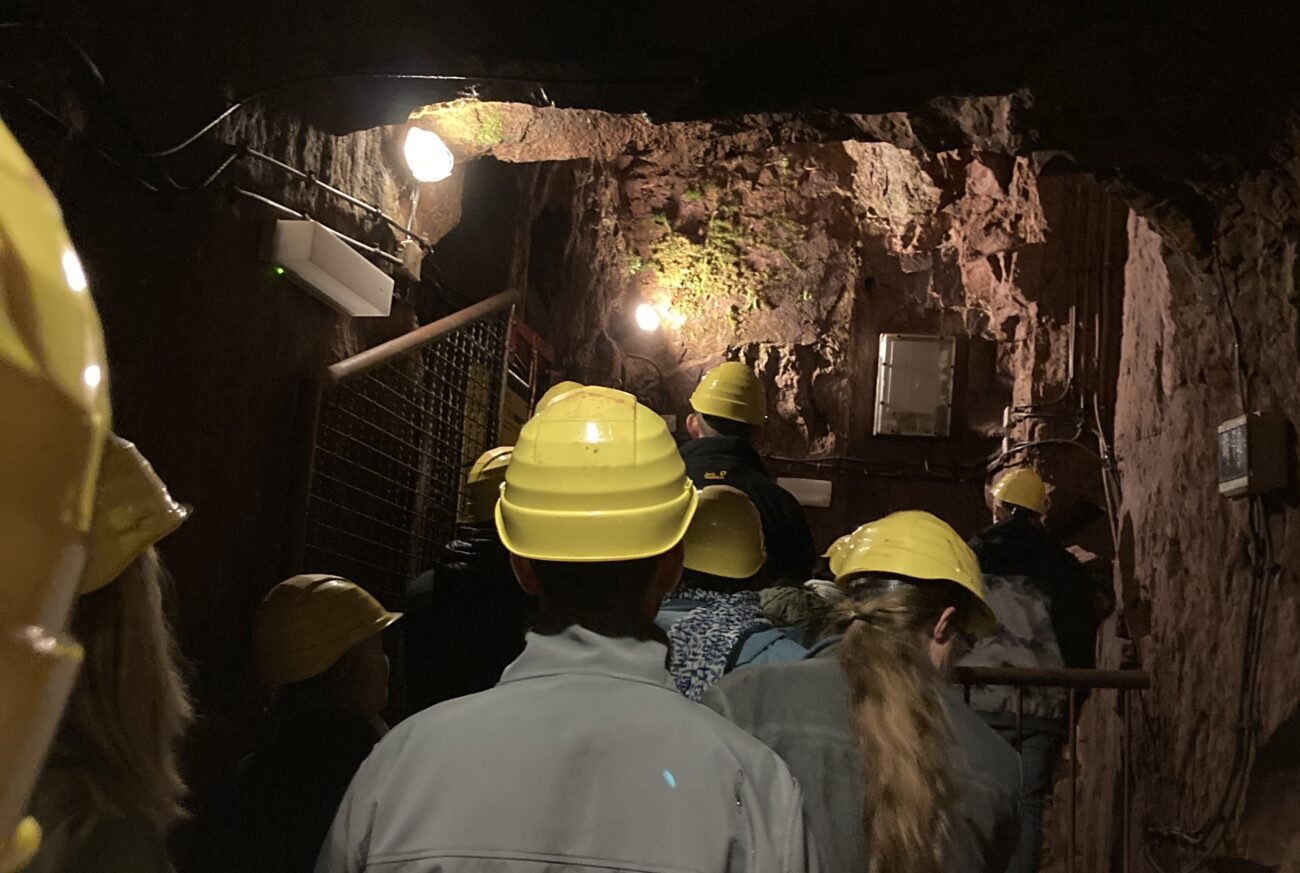 After a two-year break, IU tied up their hiking boots and set off for the river Nahe. In autumnal weather, along the vineyards and through the forests, we made our first stop for lunch together. Strengthened and with an ice cream on the go, we continued uphill to our destination: the Schmittenstollen visitor mine. Located on the Lemberg, it is the only mercury visitor mine in Western Europe. With helmets and closely following the guide, we entered the 8 degree warm mine. From as early as the 15th century, cinnabar ore was mined here, with long breaks until the 1930s. In 1942, the mine was secured and the “mouth hole” was closed. The Lemberg working group single-handedly cleared both, the entrance area to the adit and the adit itself. The volunteer miners of the organization regularly set out into the depths of the shafts with their climbing equipment to survey and further clear the mine. The Schmitten adit has a total of three mercury veins with a total length of about 15 km adit, of which only a fraction is accessible to visitors. Impressed by the twists and turns of the tunnels, the hard working conditions of the miners back then and the voluntary helpers today, as well as the fascinating stories told by the guide about the depths of the mine, we let the impressions sink in over coffee, tea and wine on the visitors’ terrace. Downhill along the artificial lake, we made our way to our final stop in Mainz to round off the day with tarte flambée.